When it was time for Michigan-based Berrien Springs Public Schools to implement the next phase of its Master Plan – a performing arts center and indoor athletic center – they knew business as usual wasn’t the answer. They recognized the need for a bond issue to finance the project. However, it had been more than 40 years since the district’s last successful bond request with voters.

The district turned to the professional teaming of Wightman and CARMI Design. By coupling Wightman’s experience and expertise in educational visioning and bond issue assistance with the insight CARMI brought to the table through its development of the Berrien Springs master plan, the district was able to present a proposal that resonated with voters. The result: successful passage of a $19.73 million bond issue in November 2018.

Many firms approach bond proposals by first designing the buildings and using detailed renderings and 3-D modeling to make the case with voters. According to Carl Baxmeyer, Planning Manager with Wightman, that can be a risky prospect.

“Aesthetic elements of preliminary designs can overshadow the educational benefits of a project in voters’ minds and the essence of the project gets lost,” stated Baxmeyer. “By shifting the preliminary work to building consensus around goals and outcomes among a wide base of constituent groups, a stronger, clearer case can be presented, increasing the chances of success at the ballot box.”

After bond approval, the focus shifted to development of a conceptual design for the facility. Through a collaborative visioning process based on the principles of Design Thinking, the Wightman experts help each client discover its own unique definition of success. Defining success before a project begins not only gives everyone a goal for which to aim, it allows people to know when they have arrived. Additionally, Wightman structures visioning workshops in a way that builds consensus across constituent groups.

In Berrien Springs’ instance, the goal was to determine a design that would result in a next generation facility to meet the needs of students, teachers, and residents of the district. To determine those needs, Wightman engaged a broad cross section of individuals, ranging from business and community leaders to teachers, parents, and students.

“When we work with a school district, we don’t view it as a Wightman project, but rather a community project. It isn’t about the ‘experts’ coming in and telling people what they need. It is about a community deciding what their needs are and how to address them,” stated Greg Monberg, Director of Wightman’s Architectural Studio.

Participants were invited to four workshops. The first session in January 2019 defined overall project goals, identify preferred design features, and develop a challenge statement for the project vision. During this session, participants were paired for one-on-one interviews to discover and gain empathy for their partner’s point of view. From those one-on-one interviews, small groups were brought together to write challenge statements that identified what a successful project must achieve. 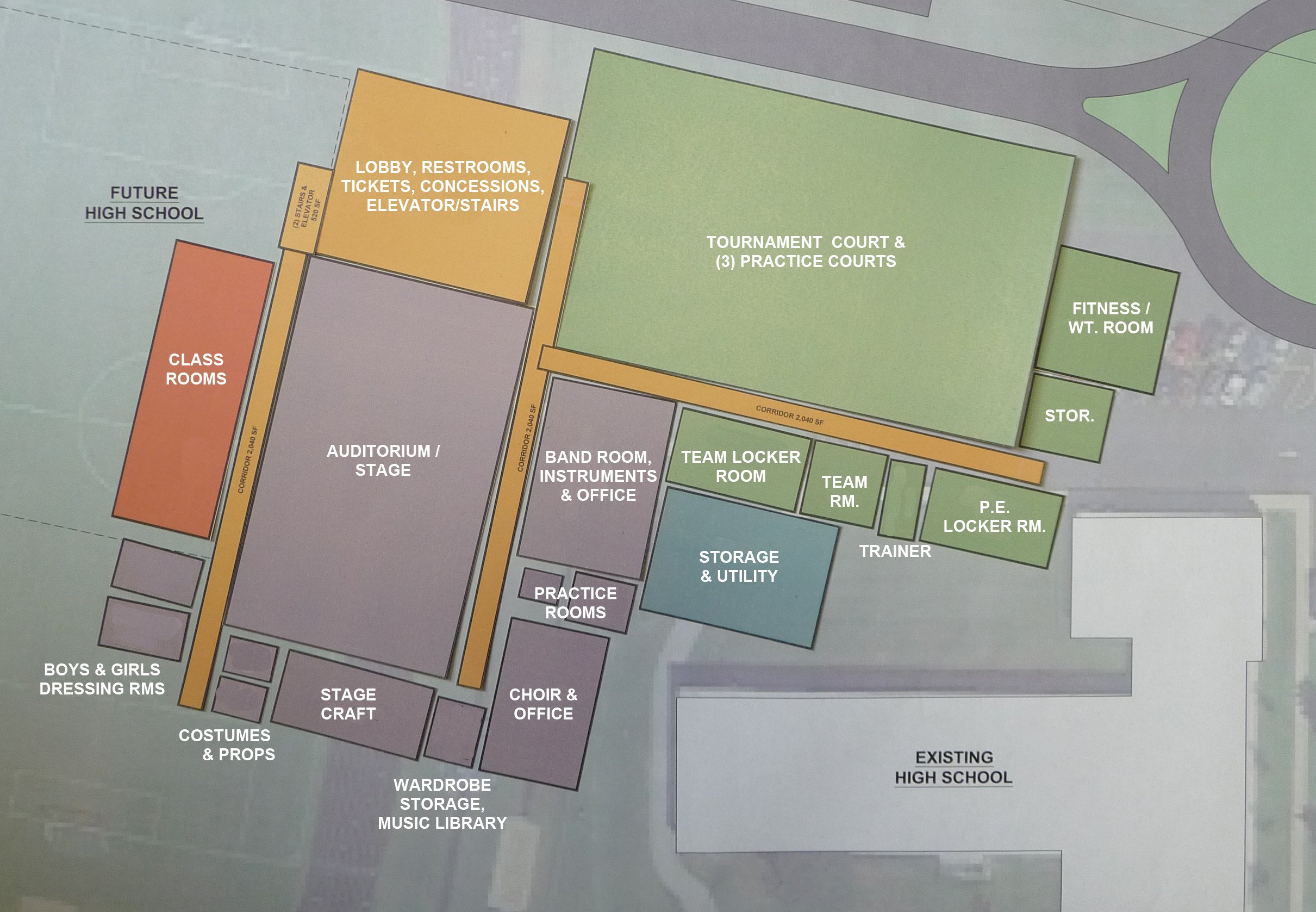 “This active listening approach brings ideas to the forefront that might otherwise be left unsaid,” Monberg emphasized. “The success of this process is rooted in its organic nature. It develops solutions that meet the needs important to the community, and becomes the measuring stick again which everything else during the design process is compared.”

In February, participants returned for two sessions to consider the programs to be housed within the performing arts center and indoor athletic center and the space needed to drive academic success. Working in small groups, participants constructed on-paper prototypes. Those layouts were shared with the larger group for input.

Two weeks later, participants identified key elements to be included within each area of the facility. Among the four dozen features identified as important were a walking/running track in the gymnasium, an audio system in the fitness center, access to the stage from the seating area in the auditorium, recording capability in the band room, portable risers in the choir room, and flexible seating in the lobby.

Everyone was invited to return for the final workshop: a design charrette using the program of spaces and features developed during previous workshops. At this stage, participants were presented with a series of alternative conceptual options by the Wightman/CARMI design team for feedback. After reviewing each one, the consensus of the group was that a blended option containing the preferred features of both top options be adopted.

“Because visioning workshops have a high level of hands-on input, people who begin the process generally stay with it to the end,” stated Baxmeyer. “When engaged, participants become vested in the outcome. You can see the sense of ownership in the final product because they have helped drive the design process.”

Construction began on the 72,000 sq. ft. complex in August 2020. In addition to bond assistance and visioning, Wightman also provided survey, civil engineering, and landscape design services for the overall site plan. Construction is expected to be complete in 2022. 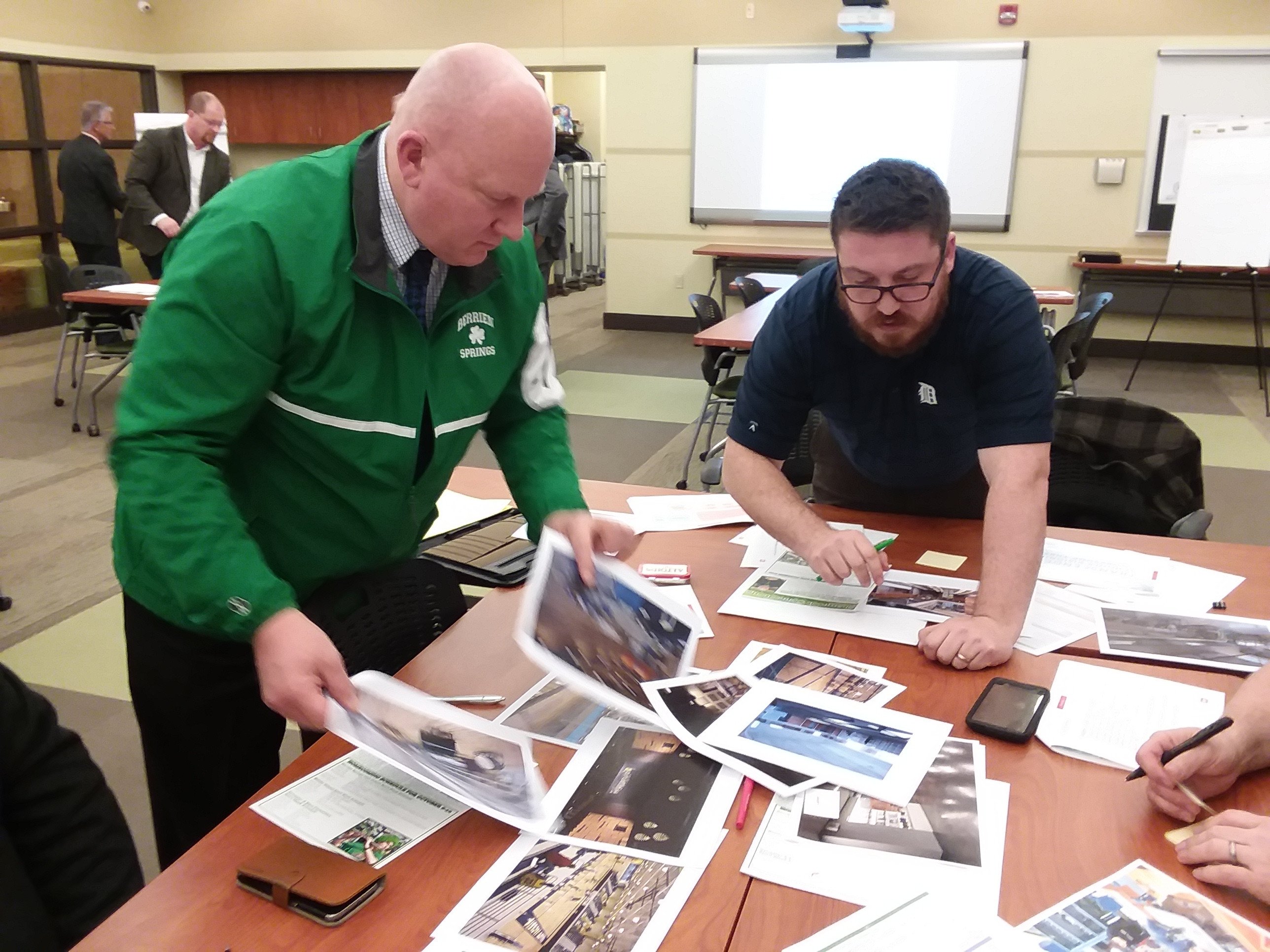