Collaboration When You Cannot Meet Face-to-Face

Few of us could have predicted that the fundamentals of our daily work lives could change so quickly and universally at the start of 2020. I doubt that I would have believed anyone who told me in February that Wightman would be closing all four of its offices and have 140 staff continue to work across regions for weeks on end virtually seamlessly. However, thanks to advances in technology, especially in the speed and bandwidth available in our homes, countless governmental agencies, school districts, and commercial businesses are doing what would have been nearly impossible only a few years ago. One area where we have witnessed especially rapid change is virtual online meetings.

Although seemingly countless conferencing solutions exist, there are three virtual meeting business platforms that have grown ubiquitous in recent weeks: Microsoft Teams, Zoom, and Google Hangouts. Wightman staff have used all these tools starting even before the current crisis. Here are some of the observations regarding the functionality of each platform from our experience.

Back in 2017, Microsoft announced that Skype for Business would be gradually replaced by Microsoft Teams. Teams has been growing quickly with over 40 million daily users. Many longtime users of Skype planned to transition along Microsoft’s timeline. Microsoft Teams is especially effective because it fully integrates business VoIP, video conferencing, and collaboration through Microsoft Office 365 Business. The inclusion of tools such as instant messaging, group collaboration, and file sharing have made Teams the platform of choice at Wightman for everything from client design meetings, to company-wide meetings, and informal socials for employees after work. Teams has worked well with scores of users in a meeting simultaneously for Wightman. That is why Microsoft Teams became our base collaboration platform at Wightman partly because we already adopted the Microsoft Office 365 environment.

Zoom has grown to more than 200 million daily users, with first time installations of Zoom’s mobile app increasing by more than 700% since March 2, 2020. Zoom became especially attractive to educational clients because it lifted the 40-minute time limit for free basic accounts for primary and secondary schools temporarily impacted by COVID-19. While offering several solid collaboration tools, one Zoom feature especially difficult to match on other platforms is breakout rooms. This feature allows a plenary presenter to share information in a large town hall format prior to breaking out into small groups quickly and seamlessly. The ability to assign attendees either randomly or in preset groupings allows community meetings to work especially effectively. Perhaps the most significant challenge facing Zoom is the perception of security issues such as the social phenomenon of “zoom-bombing” in which malicious individuals intentionally disrupt meetings. Security concerns have led some of our clients to prohibit the use of Zoom. Zoom is working quickly to address these issues, including improving controls and meeting access.
Go to Zoom

Formerly known as Google Hangouts Meet, this platform attracts as many as two million new users daily. If you are a current Google G Suite customer, this might be the service of choice. Google recently announced that free access is being offered with many tools for communications and conferencing for both schools and businesses over the next six months. While it offers robust encryption and security, Google Meet is a video conference solution only without the VoIP and other integrations offered by Microsoft Teams. Google Meet may have an edge on Zoom based on enhanced security and price.
Go to Google Meet

Now that we know we can work in ways we may have thought impossible only weeks ago, it is likely that we will have a new normal once we have passed the triage phase of the current crisis. Each of these platforms will likely continue to grow in adoption over the next several months and each of us will have different experiences using each of them as each platform is adapting and changing. This article may be a totally different story post pandemic, in the meantime, it is truly amazing how people are adapting and adjusting to these unprecedented times. 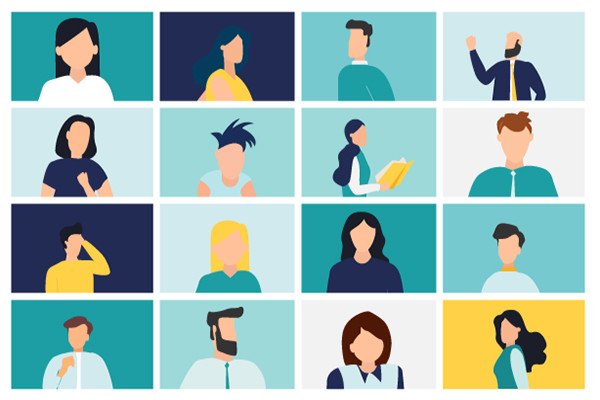